Purpose; a theme we’ve been centering around for the past couple of articles in 1Q18. We’ve talked about actionable points to finding one's purpose, how connections are integral in being purposeful, and the importance of finding your ikigai.

Today, we take a look at coaches: the ones hired to help individuals with their goals and move them towards more purposeful lives in various spheres.

Not surprisingly, coaches often live highly purposeful lives, charged with the capacity to uplift others. As a coach, every word spoken and action taken is driven by an intended purpose - to get their coachees to improve and be the best version of themselves.

Looking at the graceful technique and perfect form at which John Cheah trains, it is easy to understand how he became a national athlete just a year after he started.

Holding the under 85kg national record for a 120kg snatch and 145kg clean & jerk, the clear knack for weightlifting combined with his grit and passion has set him on a path for success that not many 26 year olds can attest to.

While we’re all for the saying that “behind every great man is a woman”, and while that definitely holds true in many spheres of newly-wed John’s life, his journey has involved being backed up by many coaches that have led him to where he is today; representing Singapore in the upcoming Commonwealth Games this April.

Currently coached by Wu Chuan Fu, a former weightlifter of the Guangdong provincial team in China and current head coach of the Singapore National team, John’s daily schedule involves coaching others by day at CrossFit Tanjong Pagar, and being coached any other chance he gets.

In this interview with both Coach Wu & John, we explore the coach / coachee relationship, their purpose and ultimately, what continues to drive them on a daily basis, especially in the face of mental and physical challenges.

With The Busy Woman Project, we strongly believe in involving both men & women into conversations, especially individuals who are in positions to drive personal growth and influence wellbeing in the community.

What motivates you as a coach?

Coach Wu (“CW”): I look at all the athletes I coach as paintings or portraits - when I see them lift or move beautifully, just like a piece of art, and see that I’ve had a part in shaping that, I feel immense joy and pride.

John (“J”): I believe that words hold so much power - especially so as a coach. As a coach, what I say can shape and direct a person not just in terms of their physical state, but their mental and emotional states as well.

Having that amount of responsibility motivates me to do my best not just as a coach but also as an athlete; to know that many are following my journey, and that I have a responsibility & capability to positively inspire another individual.

How did you two become coach/coachee? Describe your relationship.

J: I first met Coach Wu in 2014. Our relationship is that of friends, but I also hold a deep level of respect for him as a teacher and coach.

CW: When I train an athlete, I must first understand him/her, which means they have to be emotionally open to a certain degree. John has a great attitude; he does not run from embracing emotions, and is also very open to receiving feedback. This is imperative, making him an easy student to teach.

What keeps you busy?

CW: I spend most of my time at the Singapore Weightlifting Federation (SWF) training the various athletes. I also travel - mainly for competitions to accompany the athletes, as well as talk at seminars I’m invited to.

J: I am a coach at CrossFit Tanjong Pagar - I conduct several classes and also do personal training. When I am not coaching, I am usually training at SWF; currently, I am preparing for the upcoming Commonwealth games.

Has fitness always played a big role in your life? When did it move from a hobby to a job?

CW: Fitness, or rather, weightlifting has been a big part of my life - I don’t know anything besides it! From the age of 10, I started learning and mastering the skill. It was a natural progression to start coaching it at some point. Before Singapore, I was a coach for the Malaysian National team in the 2010 Youth Olympic Games.

J: I was always active as a child - from basketball to dancing later on. Movement has always been a big part of my life and I feel that has definitely shaped the way I think now; how much pain I can tolerate. I started CrossFit a couple of years ago, and started coaching not long after.

In terms of weightlifting, it moved from a hobby to a job around June 2017 when I made the decision to stop competitive CrossFit and pursue weightlifting instead.

How have your coaches shaped the way you coach?

CW: Although I trained under a variety of coaches, I don’t think they necessarily shaped the way I coach. I have my own way of coaching and this has changed over the years as I’ve learned lessons and taught a variety of students.

J: I’ve had about 3-4 coaches in the past couple of years that I’ve been an athlete; they’ve all had a part in shaping my growth as a coach and an athlete. They’ve also taught me a lesson that I stand by; to find joy and purpose in working hard. At the same time, there are things that I had to learn by myself; like how to make the switch between taking group classes and taking personal training. 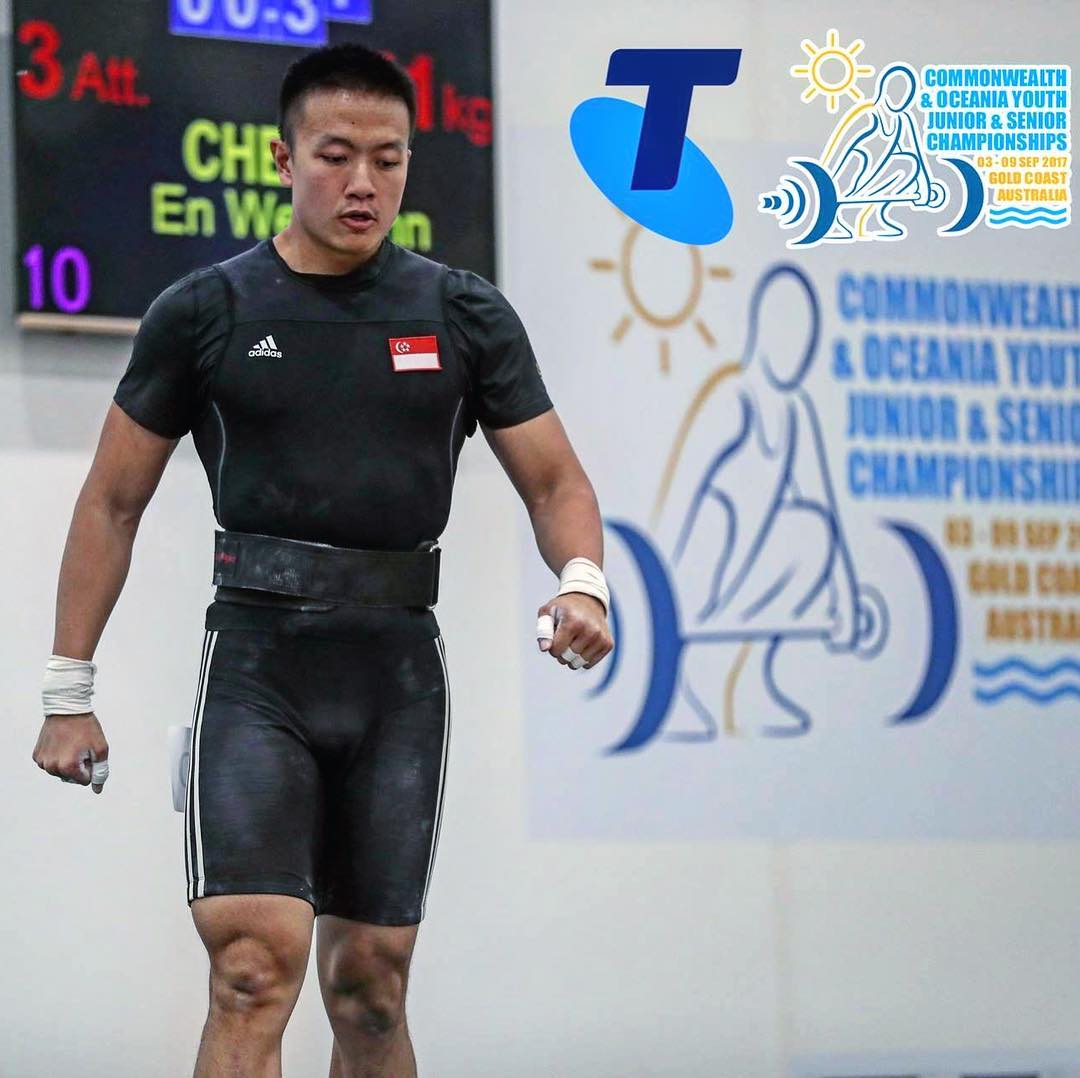 Given that both of you have different native languages, has that affected training?

CW: Not at all. While I may not speak the best english, I believe that body language and passion are the key alphabets when it comes to movement. If someone is truly an athlete, they will understand even when words fail.

How do you encourage your coachees to recover?

Recovery is all encompassing; for weightlifting, that means doing something that helps your “rhythm”.

J: Definitely agree. There’s surface level recovery which involves merely the physical aspect, but the recovery that really helps involves the mind as well. Examples of recovery are things that you enjoy, simple tasks, or what you find joy in doing (aside from your sport).

What are some tips on healthy rituals you'd provide to your coachee?

CW: I think that if you truly enjoy what you do, you wouldn’t really have to think about these tips… you’ll just derive joy and fulfilment given what you do on a daily basis. For example, I recall going to a seminar where I was on the move all day and barely ate - but I didn’t really notice that as I was “fueled by my passion”.

What is one piece of advice from your coach you won’t forget?

J: I remember Coach Wu telling me that he was not interested in how much I lifted, but more in the way I moved. That is something that I practice and tell my clients to do as well.

"The challenges I face with this sport is...it's not a very popular sport in Singapore - simply because, I guess, it's not as glamorous as water polo or swimming. We don't get the representation that other sports get."

FOLLOW John Cheah on his weightlifting journey and SUPPORT by contributing to his dream here.

Has coaching someone helped you fulfil your sense of purpose? Do you believe in the weightlifting sport and want it to be accessible to more women & men? Do you derive purpose in supporting another individual's dreams, especially in a cause which resonates with you?

Drop us a line at [email protected]; we would love to hear from you!